With every year that passes Digital Signage is evolving at such a pace that successful Digital Signage solutions are seen across the country and becoming more and more a part of everyday life. As advanced as the Digital Signage industry has become we are still noticing people making basic mistakes that affect the outcome of their final solution. Here are the biggest Digital Signage failures that we have noticed in 2016.

With any Digital Signage there are 3 main components that go into running it. These are the LCD screen itself, Digital Signage software and a media player to bridge the software to the screen. The error that people are still making is independently sourcing these components from threedifferent sources. Not only is this extremely inefficient in itself but there is so much more to go wrong when compared with effective all-in-one solutions; for example the dreaded “NO SIGNAL” message is much more likely. With an all-in-one solution that combines a screen/media player and software together they are designed to work alongside each other seamlessly. If you don’t use this kind of solution and something goes wrong then you have to identify where the fault is yourself and then contact that supplier to try and fix your issue. With an all-in-one solution it’s easy; if something goes wrong then you can directly go straight to your one supplier to resolve your issue. The same logic applies to commercial Touch Screens too. 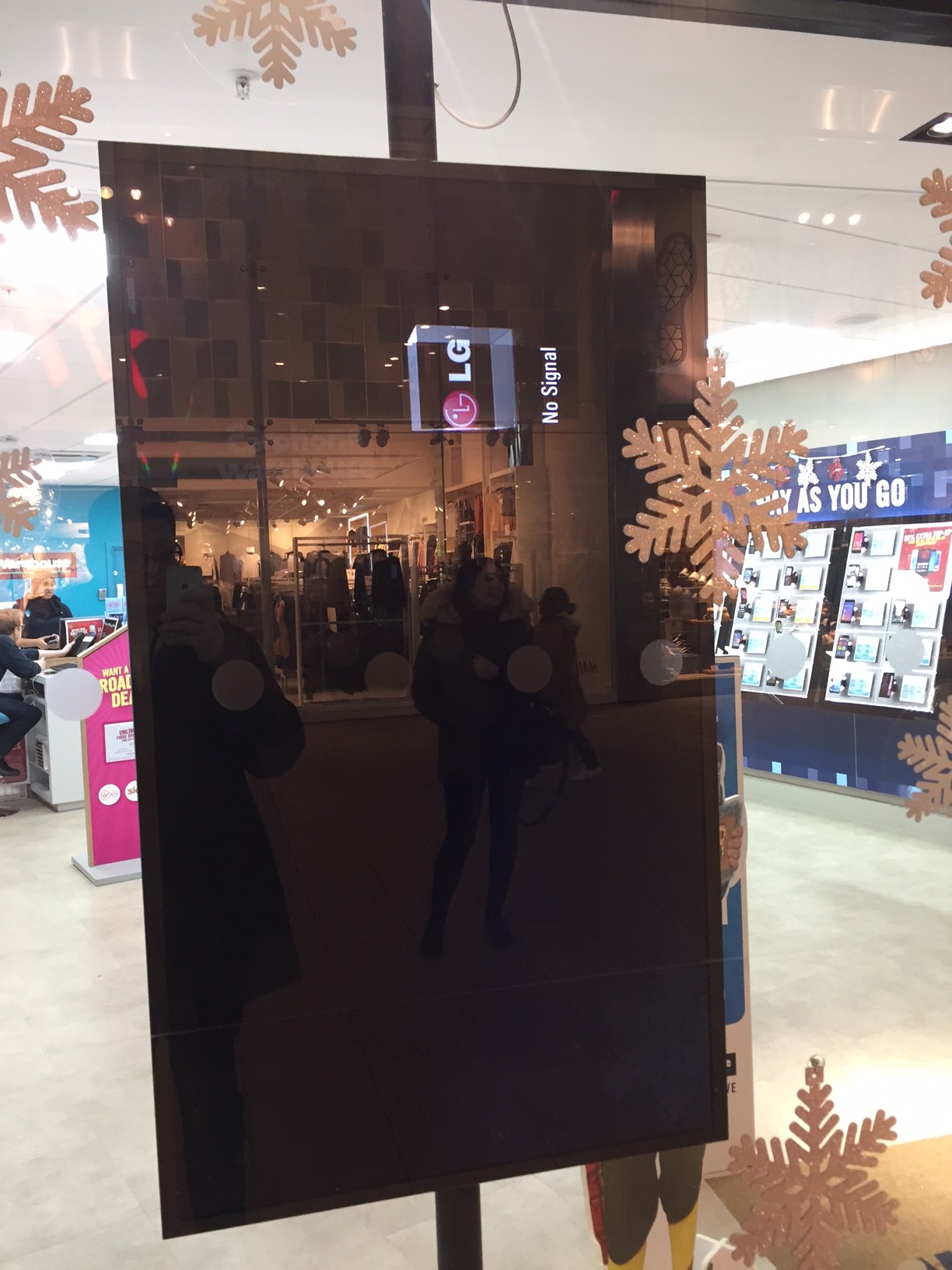 Using a TV as a Digital Signage Screen

There have always been businesses hoping to save some money by using domestic televisions in place of commercial Digital Signage displays. This approach is fraught with peril and will always lead to inevitable hardware failure. The simple reason is that TV’s are not designed for the rigours of commercial environments. A domestic television is only supposed to be used for 3-4 hours at a time; most Digital Signage displays can run 24/7 and last for a several years. If you were to run a television constantly then you would be lucky to get more than half a year’s usage out of the screen.Even modern ‘Smart TVs’ may be able to display photos and videos from your holiday but do not compare to a commercial grade integrated media player and this can often lead to distorted or incorrectly proportioned content and thus detracts from your message on screen. Televisions are also branded with a manufacturer’s logo and feature external buttons or controls and this can lead to unwanted tampering by the public.Using a domestic product in a commercial environment can often invalidate your warranty with a product. The bottom line is that a short term saving in cost can repeatedly cost you more in the long term.

Choosing the right sized screen for any Digital Signage project is of the upmost importance. We have seen far too often this year Digital Signage displays that are completely the wrong size and thus damaging the impact of the screens advertisements. It is not just in advertising where this issue can occur. One of the biggest failures we saw this year was a business install a 32” commercial grade Touch Screen in their boardroom. For the size of the boardroom and the applications it is used in this is much too small. We would recommend a Touch Screen with a screen size of at least 65”. Brightness is also another area that we have noticed is being overlooked. For window displays in direct sunlight and outdoor projects it is imperative that a specialised screens is used that have high brightness panels that have a luminance of at least 1500 cd/m2. If you are using a standard brightness screen in a window display or in an outdoor environment then the whole screen is basically useless as the screen will be unreadable. To avoid failure like this it is important to match the correct screen to its environment.

The aim of a Video Wall is to get the largest screen size possible with the minimal amount of unsightly bezel. A small bezel size, below 4mm, allows your content to take centre stage with minimal visual disruption. A recent trend with Video Walls has been to see bezel sizes reduce greatly and we expect bezels to get even smaller in the future. In 2016 however we have seen an influx of commercial grade monitors that are being used as a cost effective Video Wall solution. These monitors are often significantly cheaper than Video Wall displays but the obvious tell is in the bezel size. A larger bezel size can make your whole Video Wall look dated in comparison to those who use modern Video Wall displays as it is an inappropriate product in comparison.

In 2016 the concept of Digital Signage is becoming more and more mainstream. As it does so the people who use Digital Signage need to be educated on the correct way to utilise the technology so they can guarantee that every single Digital Signage project lives up to its potential and is a runaway success.

Voice, Data, Audio and Video: Tying It All Together Neatly with Structured Cabling

3 Features to Think About Before Choosing an IaaS Platform

A Detailed Guide on Magento 2 Out of Stock Notification