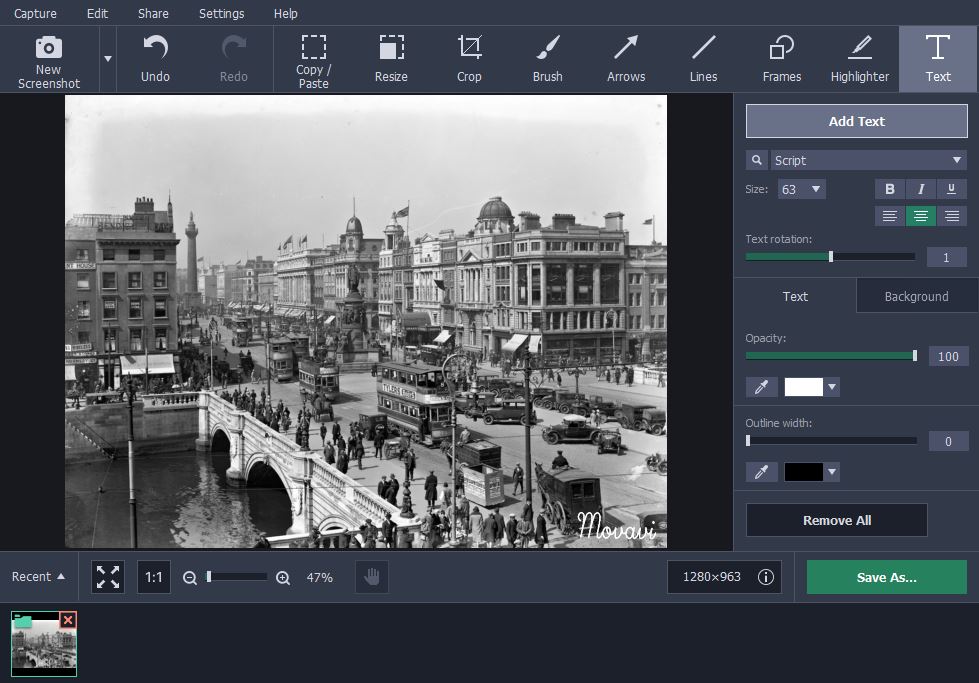 Have you seen some of the video guides that are created by recording footage from a computer screen and would like to do the same? Maybe you aren’t really interested in creating video guides, but would like to record your screen so that you can save a video call, online streaming video, or something else?

Regardless of the reason why you want to record your screen, Movavi Screen Recorder can provide you with the solution that you need. Although it is a small and relatively lightweight screen recorder, it is versatile – and with it you can adjust all the recording parameters you may need so that you record precisely the footage that you want to.

To be more specific, Movavi Screen Recorder will let you define capture area by choosing if you want to record a specific area of your screen, the entire screen, or a program window. It will then let you select whether you want to record audio from your speakers, or some other device such as a microphone. Aside from that you could also adjust the sound levels for each audio source, set the frame rate, or even make keyboard and mouse actions more visible so that they can be recorded.

All of these parameters can be set up with nothing more than a few clicks. Most of them have icons that are clearly displayed on Movavi Screen Recorder’s interface, and you could adjust them then and there. It is similarly straightforward to start and manage the recording, as you can use the icons on the interface, hotkeys, or automate it by scheduling a start and stop time or setting a timer so that it stops after a certain duration.

Last but certainly not least when you’re done recording, Movavi Screen Recorder will let you go over the footage and trim out any unnecessary bits. Make no mistake that is definitely a useful feature, as all too often video footage may be inadvertently recorded – especially at the start or end of the clip.

By now you should be starting to see how versatile Movavi Screen Recorder truly is. With its features you could just as easily capture footage for a video guide complete with keyboard and mouse actions, record a video call with both incoming and outgoing audio, or even set it to capture a live video stream that you aren’t free to watch.

In short if you want to use screen capture for any reason – Movavi Screen Recorder will be able to provide you with the tools you need. It will just take a minute or two for you to set it up and start recording, even if it is your first crack at it.

Tips for driving on snowy days

3D Design Software: What Is It and Why Should You Use It?