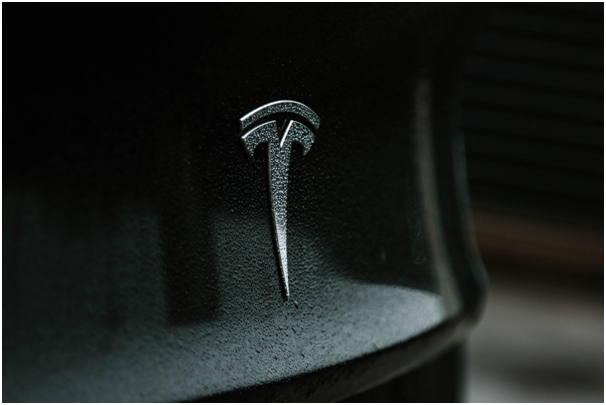 Home » Elon Musk Plans to Release a Flying Tesla in 2022

Billionaire Elon Musk took part in Joe Rogan’s podcast once again, where he shared his plans for a new Tesla Roadster model. It should see the light of day in 2022. Besides, the entrepreneur said which state, in his opinion, will house the new “Silicon Valley” after all tech companies leave California.

What Is a New Road?

According to Cnet, Tesla Roadster will become a new generation and will receive space technology. Such a technology will allow the car to fly above the ground for some time. Such an idea has been told on the air of the podcast of the American comedian and TV presenter Joe Rogan.

Elon Musk mentioned the optional Space X package, named after Musk’s aerospace company. According to Greencarreports, the automaker is trying to implement his idea into life by using compact rocket engines running on liquefied gas in an electric car.

“We’re going to apply some rocket technology. I wish the Roadster could float in the air. The main challenge is not to kill anyone”, Musk said.

The second-generation Tesla Roadster is the next-generation Tesla Roadster from 2008 and the fastest electric sports car in its class, presented by Tesla CEO Elon Musk on November 16, 2017, in Hawthorne. Serial production of an electric sports car started in 2020. At the initial stage, only 1000 Next-Gen Roadster units will be produced for $ 250,000, later the model will have a starting price of $ 200,000.

The novelty is a 2-door 4-seater electric car with striking good looks and a symbiosis of elements from other sports flagships such as the McLaren P1, Acura NSX, Bugatti Chiron, Targa, and Aston Martin DB10. Despite some external similarities with the legendary cars with internal combustion engines, the Tesla Roadster of the new generation surpasses them in performance, acceleration, energy efficiency, and aerodynamics. Perhaps, many suspension engineering companies have been attracted to the development.

The molded body of the Tesla Roadster 2 with gentle curves is particularly elegant. The removable panoramic glass roof, practical and convenient for all-round visibility for the driver and passengers of the environment, means that the car can easily be converted into a convertible.

The front part without the traditional grille and with narrow LED headlights distinguishes the new generation Roadster from other famous sports cars and hints at the environmental friendliness of an electric car.

The inside of the electric sports car looks no less impressive than the outside. Its spacious cabin, accommodating 4 passengers, ergonomic steering, somewhat reminiscent of a joystick or the steering wheel of an aircraft, comfortable but somewhat rigid adjustable seats, a huge touchscreen display on the center console instead of the classic control panel are perfectly combined.

American entrepreneur Elon Musk called it a good idea to combine his companies into a single mega-corporation. This proposal was made by blogger and investor of one of Musk’s companies Dave Lee, writing about it on Twitter.

He proposed to name the corporation “X”. In his opinion, the holding company will make it easier for Musk to manage his current businesses, as well as make it easier to create new ones.

“Consequently, X will be the parent company for all mentinedabove companies which Elon Musk’ possesses, and its mission will be to ensure the development of humanity,” Lee wrote.

“The goal of the holding company would be to allow Musk to continue to do more for the good of humanity and have time to manage them,” the Tesla investor explained his idea.

Lee detailed his idea in a 13-minute video, which he posted on YouTube. The blogger recalled that several years ago Musk himself put forward the idea of ​​a holding company. The merger will unite more talented engineers to work at Musk’s facilities. Moreover, it will help  HR and marketing departments to implement the whole united concept and attract talented engineers around the world. As a result it will reduce bureaucracy, giving Musk more time to work on new projects.

Explaining the name “X,” Lee clarified that it would pay homage to the online bank X.com, which Musk founded in 1999.

DISH vs. DIRECTV: Who Is the Best Satellite TV Provider?

Motorbikes Vs. Quads: Which Is Best?