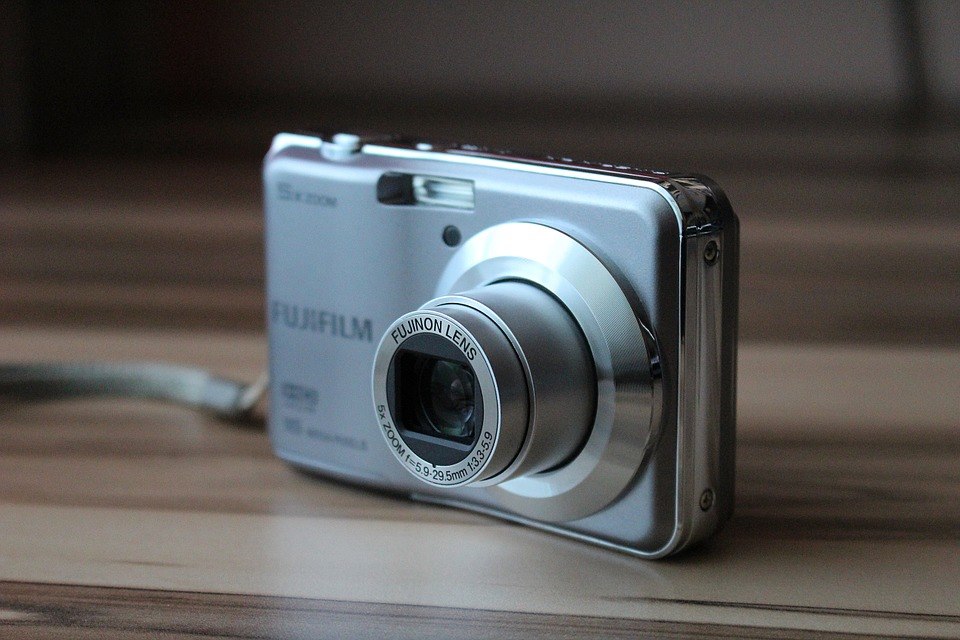 Film based cameras were widely used in the past times. Images that were captured couldn’t be viewed unless they were first developed. Film has fixed number capacity that only 30 images can capture in a single film. The ability to preview was not available in the traditional cameras and their capacity was also very less. Images captured by a person usually represent pleasant memories, and they can view the image to relive the same memories. But, images by traditional camera do not have any such picture quality. Even, videos are not made by those old cameras. So, there have been a lot of change in this gadget. Now it has become digital and called digital camera.

Digital Camera
Digital Camera is a camera that stores the images and videos in the digital form. No film is used in this. Digital camera can hold much more images and videos than a traditional camera and stores all these media to the memory card. A USB port is also present in the digital camera that connects the computer to it and can be used transfer all the images and videos from the memory card to the computer for editing and printing the images in future. There are lots of brands who are selling the digital camera in the market, but the famous brands are – Canon, Kodak, Nikon etc.Today there are several different camera models available whom can achieve different picture quality, and these variants may differ in price. The popularity of a particular model of a brand depends on the megapixel resolution, size, portability and price. Digital cameras of different variety are present in the market whether you are a first-time digicam holder or professional. Companies are updating their systems to offer you interesting and creative feature that fulfill your needs.Except for Canon, Kodak, Nikon, a variety of companies like Acer, Apple, HP, Intel, LG, Microtek, Sony, Olympus, also have a range of a various featured digital camera.

Advantages of Digital Camera
• Eliminates the film processing
You do not have a need to roll over the file in a dark room just to see the captured image. So, videos are also recorded in the digicam. In a digicam, images and videos are stored in the memory card and will be visible on a computer or laptop.
• Storage Capacity
Storage capacity in traditional cameras using roll film is limited up to 100 while in a digital camera, 10000 images can be stored at once.
• Operating feature
Digital camera is self-focused and a timer is set to click the image. No need to do the click again and again.
• Image Preview
Image preview is the best feature of a digital camera. If you do not like any image, you can delete it at once. Traditional cameras do not have such feature.

Disadvantages of Digital camera
• In digital cameras, battery consumption is much faster as compared to any other digital device. So for long lengthy photography, you should have some extra batteries with you.

Best Digital Cameras you can confidently bet on