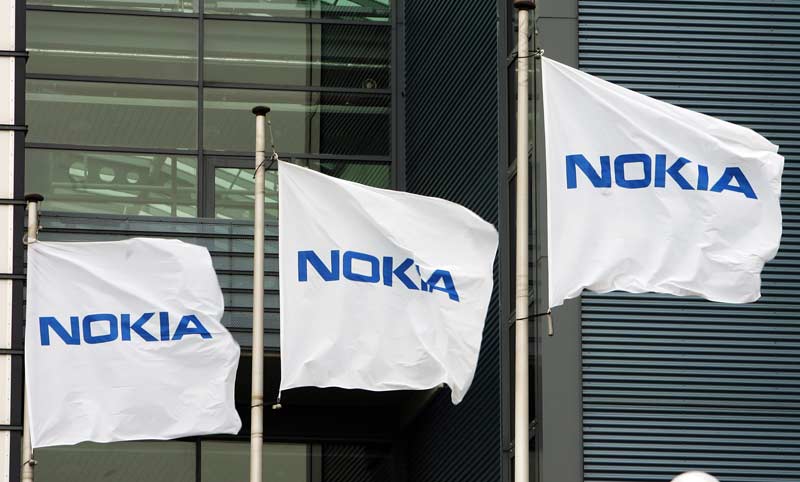 Home » A Brief History of Nokia

The twentieth century is marked and mostly recognised with the introduction of mobile phones in the world. The cellular device has indeed revolutionised our lives and now governs us. Our lives are today extremely accustomed to these devices but it was not that these small pocket cellular machines were introduced much earlier. When mobile phones were introduced, they weren’t as advanced as they are today but they contained features that were considered quite remarkable at that time. The idea of getting connected to the people located far away from us and you could actually talk to them in the same way as in reality is really fantastic. Also, back then, buying phones was also not easy. It wasn’t that you went to a shop and could easily purchase a phone. In fact, there were very few companies that manufactured phones and the numbers were also limited.

Nokia was one of those selected firms which provided the country folk with the earliest of mobile phones. It was Nokia 1100 handset which had gained the most popularity and probably the first mobile phone of every Indian household. The first ringtone which still rings in our ears is indeed the very familiar Nokia Tune.  Basically, Nokia is a multinational company founded in 1865 and has its origin in Finland. It has been quite a versatile corporation that has been propounded itself in various markets. The firm was named after the Nokia town and the river Nokianvirta. It began as a single paper mill operation in the town named Tampere. The subsequent years, the company transformed itself into a share company. Till the present date, the firm has excelled in sectors like cables, paper products, rubber boots and tyres and telecom equipment. The company has enlarged itself from a local Finnish firm to a giant telecom venture.

The company had been transforming since it was founded. Beginning from a wood pulp industry,it then went on becoming a shared firm, and then it has been growing as a telephonic venture. The biggest changing factor was the privatisation of the European Telecom industry as it forced the existing companies to come up with new ideas and fresher models as there was an enormous increase in competition. The company brought out a completely digital local telephone exchange and also the world’s first car phone in the year 1912. This particular period led the company to prioritise itself in the telecom business. The firm declared telecom as its core concern and in fact started pulling its hands from its cable, rubber, chemicals and power plant businesses. It was the Nokia phone which had started the much-appreciated facility of GSM(Global System for Mobile Communications), which is the technology that could transport voice along with the data traffic. This technology went on restructuring the digital mobile industry and had set the benchmark. Actually the high-quality voice calls, services like SMS(text messaging) and easy roaming facilities were the key reasons which led to the worldwide use of mobile phones. Basically, Nokia ruled in the field of mobile phones for a decade till the Android and iOS phones came in picture.

Nokia also started producing personal computers from 1980s, but things didn’t go as well as they were planned. It resulted in the sale of the computer producing branch to the company British ICL. It also did provide the customers with high-quality Cathode Ray Tube (CRTs) and earlier LCD screens for the computers. In addition,the firm also manufactured modems amd set-top boxes. But the Nokia Display Products was also sold in the year 2000 to ViewSonic and it was the begun of the slide of the company.

The shifting of the firm began from the year 2007 when Nokia associated with Siemens to create improvised telecom infrastructure as Nokia Siemens Network. Later on, in the year 2013, it bought Siemens’ stake as the venture boomed and growth was remarkable. That was time when the technology of connecting the various devices was taking shape. The company combined itself with Microsoft in the year of 2011 and to stay firm in the rapidly evolving smartphone industry. The aim was to renovate Nokia as the platform of the Windows Phone. Also, bing was to be the default search engine in the phones. Also, the company took a major decision to withdraw its hands slowly from the Symbian and shift towards the new smartphone technologies. As per the plan, the first Windows phone, Lumia 710 and Lumia 800 were launched in the year 2011. But the public response turned out to be shattering. The alliance was made on the basis that Nokia had once been a leading smartphone manufacturing company for almost a decade and thus it was optimally suited for the Windows Phone. What was thought to be a game-changer, turned the tables for the company? Nokia has suffered 14% price fall in its shares and the sales of the company did actually collapse and a loss of worth 368 million euros was estimated. The firm has registered a sale of 30 million Symbian devices back in 2010 whereas only 60,000 phones were sold this time in North America, which was visioned as the key market of Microsoft. The company went on cutting off the jobs worldwide and some factories were closed as well. The subsequent years of 2012 and 2013 brought more layoffs with them and a number of manufacturing plants were shut down in Europe alone. The once telecom giant was now graded as junk by the Moody, one of the biggest credit rating companies. By August 2012, the investors has filed cases against the company because of the devastating fall in the sales and the CEO was to be removed as well. By the end of the year, Nokia made a shocking announcement of selling its headquarters (Nokia House) for 180 million euros and the fund was to compensate the crisis which the company was going through.

The company again gathered itself and in 2013 released the Asha platform and faced a lot of criticism. The same year, Nokia decided to get into partnership with world’s largest cellular operator, China Mobile to have access to the large customer bulk. The company’s mobile device business went into willful acquisition by Microsoft and the rest of the company now plans to regain its base with the support of China Mobile.

Facts About iPhone 7 and iPhone 7 Plus

The Benefits of Having A Phone With A Bigger Screen

4 Tips to Playing For Honor

Mobile Phones – What Does That Mean to People?