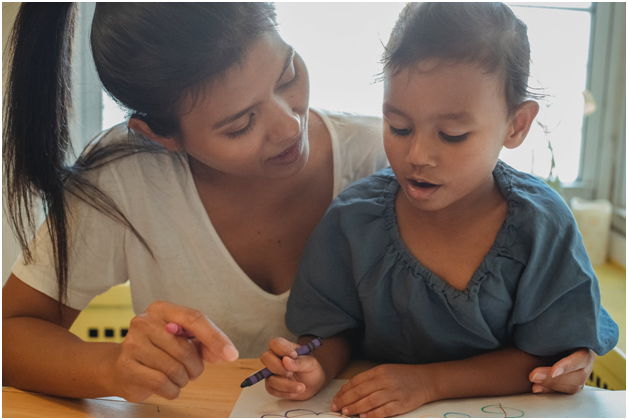 Home » How To Start Teaching Your Children About Personal Finance

Teaching Your Kids How To Be Financially Literate

How do you know if your children are ready to start learning about the complexities of personal finances? The truth is, there is no fixed age range, but it is certainly best for them to learn and be guided early so that your children can learn from experience and not make mistakes in adulthood. Having financial knowledge will definitely help your children make wiser decisions that could benefit them if they start early. For example, you can save electricity by learning more about singapore power services.

Healthy financial habits should be taught during childhood so they are instilled into your children lest they forget. With these six tips, you can set your children on a path down to financial success.

We get it, money is a sensitive issue, especially in Asian households. Even within families, it is hard to bring up the topic of money because it could sow discord. However, keeping it hush will not help your children with their personal financial literacy. As parents, we have the power to teach our young ones the importance of financial literacy so they don’t grow up being clueless because it is not covered in schools. Talking to your children about money is thus the first step into helping them be financially literate, and it doesn’t even have to be big money talk. The key here is to start, no matter how small it may be. They could be as simple as why we need money, how we get money, and how we can save them. The difference between a necessity and a want is also important, so they learn from the young the importance of savings.

Since these tips are small and simple, you can instill them into your children little by little in moments that give you the opportunity to do so, such as during grocery shopping. Don’t belittle such small efforts, because they can accumulate and equip your child sufficiently as time passes. It also encourages a culture of being open about financial matters so they know that they can approach you for their financial questions.

Every financially literate person is aware of the importance of budgeting, but it is a simple enough concept for your children to learn.

A good time to start would be when your children start going to school because that is when they will start spending money for daily expenses such as meals in school. They should thus know how much they should spend every day and how they can save their weekly allowance so that they will have enough money throughout the week instead of emptying their pockets before the weekends.

A monthly review could also help, and you might set up discussions on how well they are doing in terms of managing their finances and if there are any bad habits to curb now.

It is never too early for your children to start earning some money! Of course, it won’t be in big amounts, but in small weekly allowances. Start giving your children the chance to earn their own allowance through small tasks such as chores. This will teach them the importance of earning their own and the concept of savings because they know that money does not come free.

Through work like household chores, your children understand the value of money so they don’t spend excessively. Furthermore, this trains your children to know that buying things they want should always be in moderation. Now your children won’t take money for granted, and instead of asking you for money to buy things that they want, they learn how to earn it themselves. The concept of opportunity costs can also be introduced here. If they want to buy their favorite toy, then they won’t have the money to buy the pair of paints they have been eyeing. They will then need to know how to prioritize their finances. Lastly, your children will also know how to endure the hard work to earn money in the future as adults and encourage them to be more tenacious.

With earnings, you can also teach our children that money is not infinite. Let their earning be their allowance so they know how to ration them. If they make a bad financial decision like spending all of their earnings at one go, then this is the opportunity to teach them the consequences of financial recklessness. Such mistakes will hurt them, so it is better to learn from their mistakes early on than in the future where the consequences are much more real and irreversible at times.

Saving is a great habit that should be cultivated from a young age. As they say, old habits die hard, and this is one habit that you don’t want your children to break.

Since this could be a hard concept or habit for young children to learn, a visual aspect would help. For example, give them a transparent jar for them to put their weekly savings in, instead of an opaque piggy bank. They are thus able to see directly the impact of their decisions to save every week instead of spending it on a fizzy drink at school. Needless to say, this will be a huge motivating factor for your kids because it feels rewarding to achieve something.

As your children grow older into their later teenage years, you might even want to consider opening their own savings account. Here, you could teach them about the concepts of interest rates and how to manage their own bank accounts.

Last but not the least, it is crucial that you set an example for your children to learn from. Since they are young, they have very malleable minds and will follow whatever you practice, so make sure you practice what you preach.

Make sure that you are not spending your money recklessly on things that you don’t actually need. You could also set up saving goals with your children. This helps your children to envision what it is like to be financially responsible and independent, so they can emulate you when they grow up as well.

When you teach your kids about financial literacy and independence, they will be able to benefit from them earlier on and be more financially successful in the future. It’s never too early to start.

Undeniable reasons why your HR department should be using HR software

4 Channels Where You Can Effectively Communicate With Your Customers

5 Cargo Trailer Loading Tips and Tricks You Need to Know

What is a Worker-Owned Company–And Should You Try It?