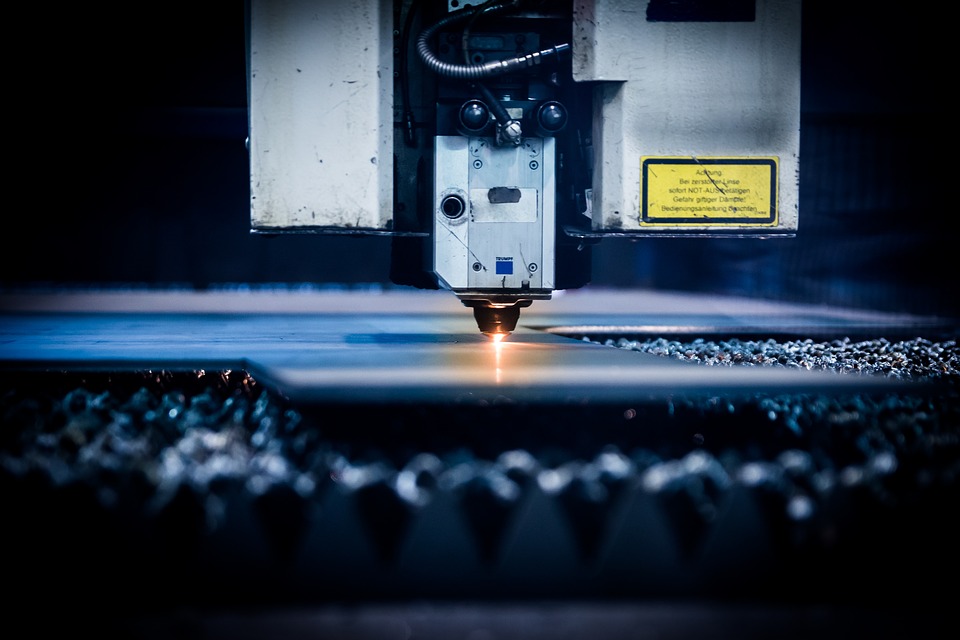 The adoption of laser technology into the manufacturing sector has allowed companies to increase their production speed, use higher-quality materials and bring costs under control. It has allowed for more precision, efficiency and customization in manufacturing processes and even improved safety.

It is hard to overstate the revolutionizing effect laser technology has had on the manufacturing sector. Since the mid-twentieth century when laser technology was developed, it has been meeting businesses’ needs in areas that conventional manufacturing processes cannot. Specialized micromanufacturing has become more accessible and it has led to significant economic progress.

While most manufacturing sectors have been improved by the arrival of laser manufacturing technologies, these three sectors have undergone the largest and most striking changes as the benefits of lasers have rippled across the industry.

Lasers have also been widely adopted in the aerospace industry. They have uses in part cleaning, repairs, fastening, sealing and part production. They are also used in a number of advanced welding processes on aircraft and spacecraft.

For example, many modern aircraft engines require millions of holes to prevent the engine from overheating. These must all have different diameters, different thicknesses and different geometric shapes. Lasers are the perfect tool for efficiently drilling these millions of holes. Lasers can perform percussion drilling operations, where a single laser fires many shots until the desired hole is created. Alternatively, other aerospace companies use a trepanning method to drill the holes, where a laser beam is rotated in a circular direction.

Lasers also allow these holes to be slightly modified for increased efficiency. Instead of having a straight hole through the metal, many manufacturers place a fa-shaped hole, with a larger exit hole to disseminate the air over a wider area and allow the area to cool a larger area of the engine.

Many shipyards have installed laser turrets for sheet metal-cutting operations. To create a ship, the manufacturer may need to cut metal up to 50 feet wide and 12 feet tall with a thickness of more than an inch. Without lasers, this was costly, time consuming and dangerous.

The advent of laser manufacturing has allowed manufacturers to cut sheet metal more cheaply and more quickly. Accuracy and precision increased, leading to more satisfied customers, paying more affordable prices for a higher-quality product. According to one estimate, US shipyards have increased productivity by between 20 and 30 percent by adopting modern laser-cutting technology.

Laser technologies have revolutionized the manufacturing process in key US industries. As the technology becomes cheaper and more efficient, we can expect its use to expand and for new manufacturing methods employing lasers in their processes.

Tips and Tricks For Running Your Own Law Business

Durable and Long-Lasting: 5 Tips for Taking Great Care of Your Laptop Battery

The Most Popular Managed IT Support Services

Benefits of Choosing the Best SEO Agency in Singapore