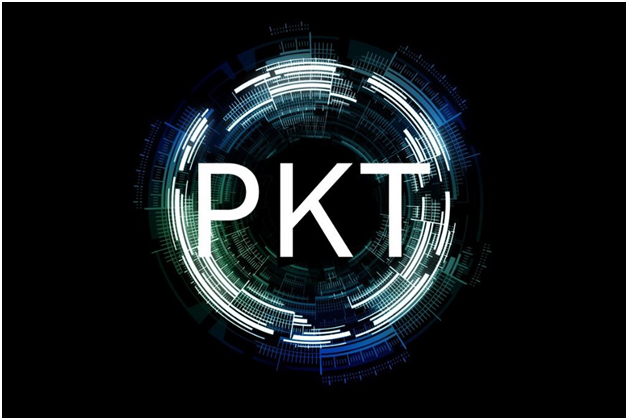 How familiar are you with PKT cash? This novel cryptocurrency has doubtlessly attracted the attention of internet users as one of the first decentralized platforms, allowing individuals to earn income by sharing their bandwidth.

Users can become either announcement or block miners, adding hashtags, validating announcements, and building blocks of transactions. At the end of the competition, the most successful block miners receive rewards, which they share with the announcement miners that contributed to their victory.

We hope this comprehensive guide will teach you everything you need to know about PKT cash.

What exactly is PKT?

PKT cash refers to a blockchain technology that enables people to earn cryptos by sharing some of their internet bandwidth. By sharing your excess bandwidth, you will get rewarded for the action with digital currency coins. Nowadays, many growing industries such as Artificial Intelligence require high connectivity but cope with restricted bandwidth. Consequently, their operations cannot be performed in an effective way due to processing delays. Read here about the application of artificial intelligence in the industry.

Individuals, on the other hand, have much lower bandwidth needs than industries. As a result, the majority of individuals don’t use the entire bandwidth amount. In order for this excess amount not to be wasted, users are encouraged to share it by getting PKT cash in return. It’s one of the most convenient ways for earning passive income at any time of day, even when sleeping.

As far as coin mining is concerned, there are approximately six billion coins, which are supposed to be mined over a 63-year timeframe. The decentralization of transactions is made possible with the help of PacketCrypt, making sure the bandwidth of users is successfully shared instead of having their processing power consumed. Your task is to mine the internet in search of coins either alone or together with other users.

When it comes to mining PKT, users employ two types of mining techniques; either announcement mining or block mining. The former is unquestionably the most convenient way of mining PKT cash, done by adding hashtags and sending them as messages across the network. These messages take the role of announcements, serving as proof of completing the task. The more announcements one creates, the higher his/her chances of getting returns.

Moreover, announcement and block mining work in combination in order to provide better results. PKT is known as a decentralized internet network, aiming to increase the efficiency of the mining process. After the announcements are made, these are collected by block miners whose job is to validate them. Their role is to ensure the announcements are of high standards and created without any fraudulent activity.

Nevertheless, in order for you to become a block miner, you need to have top-notch hardware and plenty of processing power, much more than the power used for announcement mining. The announcements block miners consider valid are later used to build blocks, inside which transactions are stored. These blocks are then used to form chains.

Since block mining is an exhausting process, the winners at the end of the process receive payment for their hard work. The payment is substantial, as block miners should reward the announcement miners involved in the process as well. During the mining procedure, all miners rely on their bandwidth and hardware to earn profits.

Even though PKT cash is a rather new technology, it offers a lot of potential to miners. For instance, it provides efficient bandwidth utilization for the purpose of earning passive income to all users. Miners are provided with an opportunity to earn cryptos whose values keep on increasing. Similar to the other cryptocurrencies, PKT cash requires a digital wallet in order for individuals to store, buy, and sell it.

Another advantage of this crypto is the decentralization this technology provides. It’s used in the creation of a decentralized bandwidth marketplace to which users can connect their routing devices. Once a router is connected to the network, available bandwidth is announced. Follow this link, https://techterms.com/definition/bandwidth#:~:text=Bandwidth%20describes%20the%20maximum%20data,(125%20megabytes%20per%20second)., for a definition of bandwidth.

When compared to other cryptocurrencies like Bitcoin, the overall amount of PKT is higher, as much as six billion. Also, this crypto can be divided into an endless number of units, precisely 1,073,741 824. Given the reasonable price of each unit, PKT cash is considered more convenient for making microtransactions in comparison with Bitcoin.

Reasons to mine it

Mining PKT cash is believed to provide miners with plenty of benefits in the long term. Although the current worth of this crypto is just one-tenth of a single penny, it’s a good reason for becoming a miner. The number of coins yet to mine is a little over three billion. The ultimate aim of this system is to achieve mesh network upgrade with the use of bandwidth. Mesh plays an important role in internet privacy and speed.

Hence, by becoming such a miner, you’ll be stimulating internet service providers to make improvements in their service. As previously mentioned, it enables individualsto utilize their bandwidth completely instead of using just a portion of it. By sharing your bandwidth in this network, companies from various industries will pay to utilize it for their needs.

PKT is worth giving a chance. It’s a unique platform with plenty of potentials to exploit in the years to come.

Can You Pay For Your Auto Insurance With A Credit Card?

How To Be An Awesome Guest Blogger In Six Simple Steps

From small businesses to nation states: DDoS attacks are everywhere